Send help, I have a cold. A big, stinky cold that won’t go away, no matter how many oranges I eat that I can’t even taste. A lady asked me for ID today when I bought some cold medicine at the supermarket, and let me tell you, I am well over the required age of 16. She wasn’t impressed when I handed her my car key as proof of age. Get a sense of humour lady, and get out of my way before my nose drips on you!

So, whilst I’m feeling grumpy I thought today would be the perfect day to hate on what I think have been the worst movies of 2016. Like I mentioned in yesterdays 10 Best Movies of 201610 Best Movies of 2016 post, I haven’t seen anywhere near all the releases, and I’ve consciously stayed away from some movies I’ve heard were terrible!

As always, I go by UK release date, which generally causes a lot of confusion. For me too, so don’t worry. I’m giving Suicide Squad a generous pass, because I’m a sucker for the soundtrack, and as much as Daddy’s Home bored me, the last 15 minutes kind of made up for it. Other than those, I think I avoided a lot of stinkers this year. Let’s do this!

I nearly didn’t watch Sausage Party at all, because the trailer wasn’t funny and anything with James Franco’s name on it is an instant turn off for me. Sadly, my love of animation got the better of me, and I gave it a go. I’ll admit this, the opening is hilarious, the song was catchy and funny, and the first few jokes were so outrageous that I did that half gasp, half laugh thing, but after that the rest just bored me. 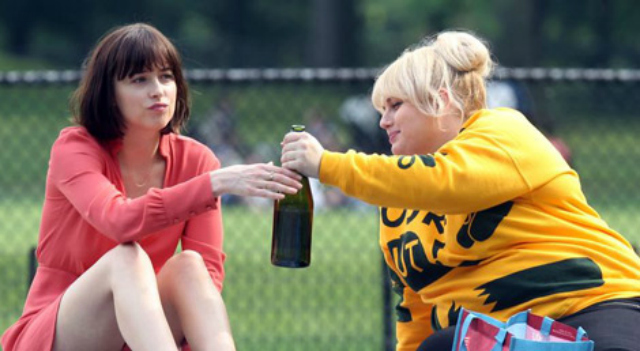 Oh, how I wanted to love this movie. Such a wonderful cast. A beautiful setting. It wasn’t aimed at married me of course (I was engaged at the time) or my very un-single friends that I saw this with, but it fell so short of the mark. Why did the main girls never all meet up at any point? What was the deal with Damon Wayans Jr’s sorrowful yet completely out of place plot line? Sigh! 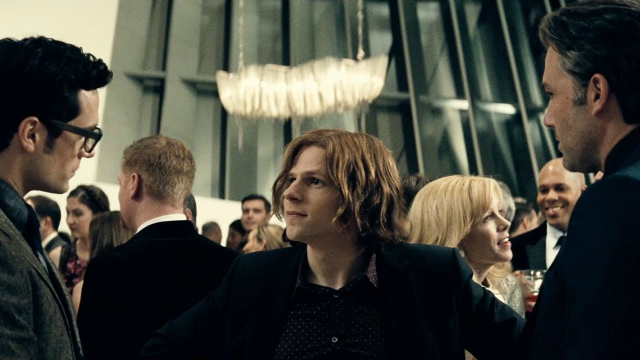 I’m not just jumping on the DC hate wagon here, I swear. Batman v Superman earns it’s spot on this list because other than ‘MARTHA’, the only thing I can even remember about this movie is me shuffling around in my cinema seat because it was just so darn long. Anyway, wasn’t the whole thing just an advert for the Justice League movie(s?) anyway? Let’s face it, I’m still going to watch them. 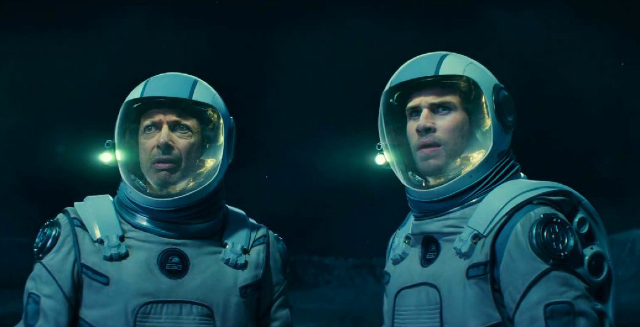 Brexit caused two movie related things to happen in the UK in 2016. One was that The Purge: Election Year got pushed back so many times (for fear we would repeat it?) that I eventually forgot it existed, and still haven’t seen it. The other was that Independence Day: Resurgence did amazingly well at the box office, I guess because Nigel Farage declared we were going to name July (June?) the something our own Independence Day. *facepalm*.

Oh yes – the movie! Um, it was kinda boring. Someone punched an alien in the face. That was cool, if not slightly familiar. 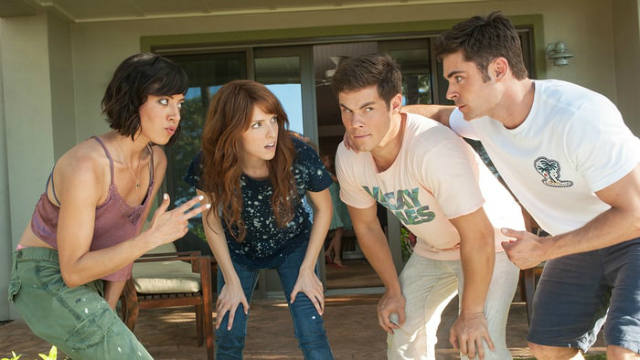 After winding down from my own wedding last year I was really looking forward to watching a wedding related movie without it causing a panic attack or near meltdown at the very thought of planning a seating chart. This cast should have created something perfect, and I have nothing to say other than ‘YAAAAAAS’ for the musical number at the end, but I’m pretty sure I took a nap for the rest of this movie.

Thanks (but no thanks!) to blogger Mettel Ray for reminding me High-Rise existed! Apart from a shot of Tom Hiddleston’s naked butt, there was absolutely nothing to like about this movie. I think it was one of those artsy movies making a statement about something, only I’m not sure what that was. Probably that living in a high-rise with it’s own supermarket is not a good idea. 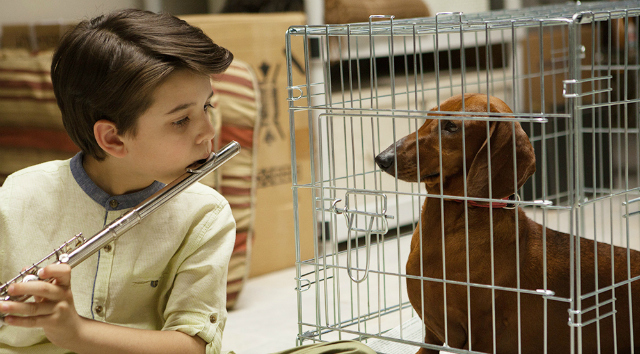 The second sausage related movie in this list! Also, most likely the second artsy kind of movie that I just ‘didn’t get’. All I took away from Wiener-Dog was several stories about terrible people mis-treating a beautiful doggo, who deserves much better than to live in this cruel, cruel world. 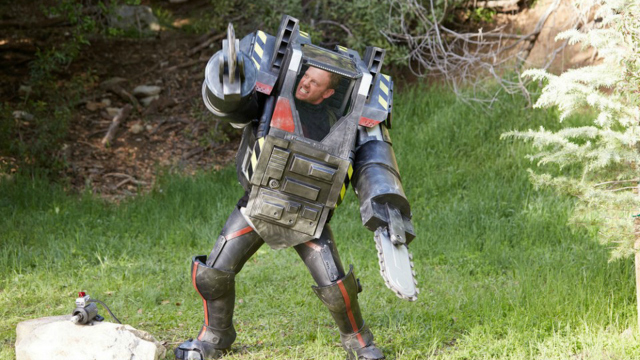 Let me get this straight. I LOVE Sharknado. I also enjoyed Sharknado 2: The Second One. That was back when they were super low budget movies that were terrible because they were cheaply made, filled with continuity errors and bad editing. Now, it feels like they’re actually trying, and it’s just not fun anymore. 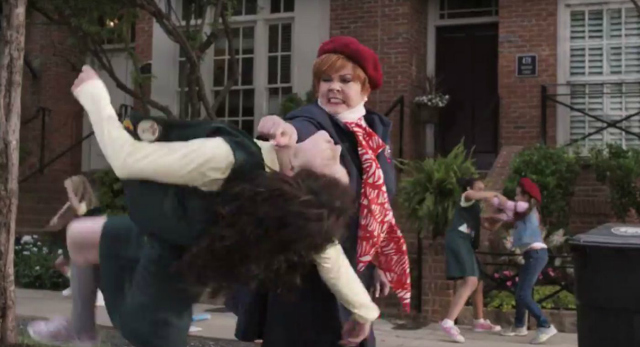 I find Melissa McCarthy so hit and miss. As a supporting actress, she’s hilarious and often steals the show, but as the lead she just comes across as obnoxious to me. The Boss could have been a half decent comedy with a heart warming story, but the inclusion of Peter Dinklage’s character just turned the whole movie stupid, and not funny at all. 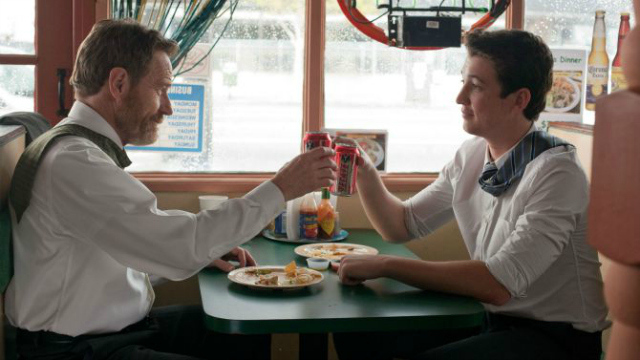 It took 4 years for Get a Job to be published after it was made in 2012. That should say enough really, but if you’re still curious let me continue. It starts off so promising, mentioning how as children we have everything given to us on a silver platter and then one day, BAM. Go out into the wild, get yourself a job and become a grown up. It’s like that Twenty One Pilots song, Stressed Out. So many plots get thrown in that none ever get a satisfying closure, and seemingly Alison Brie is only there to make sexual innuendos and collecting a paycheck at the end of the day.

Well, I feel so much better getting that all off my chest! What did you think the worst movie of 2016 was? Just so I can avoid it!