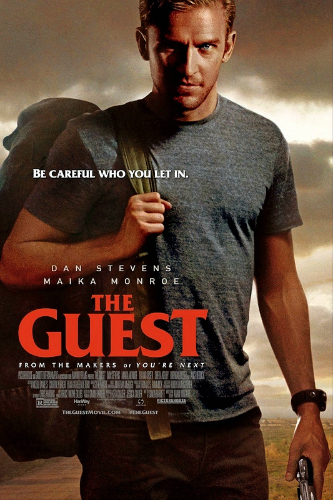 It’s happening again, you guys. I can feel a new obsession coming on, and this time it’s in the form of Dan Stevens. I spotted The Guest on a monthly recap list another blogger wrote recently (I can’t remember who – sorry!) and it sounded like my cup of tea. The fact that Dan Stevens played the lead was intriguing, I’d so far seen him as a big furry beast and a messed up X-Men Mutant, so I was interested to see him in another role. I’ve got to say though, how does he managed to look so much like Bradley Cooper in this poster? It’s weird!

Anyway, the plot is simple enough. Dan Stevens plays David, a soldier who introduces himself to the Peterson family, claiming to be a friend of their Son who died in action. However, this isn’t a airy fairy drama where David reconnects a broken family or anything like that. Instead, a whole pile a seemingly accidental deaths take place, and things start to turn a bit weird.

I don’t even know how to describe the tone of this movie, it might be different for everyone. For me it was a cross between Drive and Crazy, Stupid, Love! It had those moody, dark scenes, a stand out soundtrack, but also some outrageously funny mentoring scenes and sex appeal. I’m not kidding about that last part! I had to send my friend Steph (she understands me) a screenshot of Dan Stevens stood seductively, knowing full well what he looked like, wet after a shower and naked except for a towel that was dangerously low. *cough* Is anyone else warm? If I tried to be a real blogger rather than a fangirl, I’d tell you that the pacing is completely off in parts, and that the final third is somewhat confusing and a bit of a cop out. It also feels quite long considering the reasonable runtime. I read though that around 20 minutes of footage got cut before the release, which explains the confusion at least. Nonetheless, it’s a movie well worth watching as it’s something a little bit different! Plus Dan Stevens. Did I mention how blue his eyes are?

So where do I go next? I really, REALLY don’t want to watch Downton Abbey (it’s not my cup of tea) and so before I start the downward spiral of working my way through his entire filmography, can any of your recommend me some good Dan Stevens movies? I’m off to see Colossal tomorrow night which I think he’s in, although in a minor role. 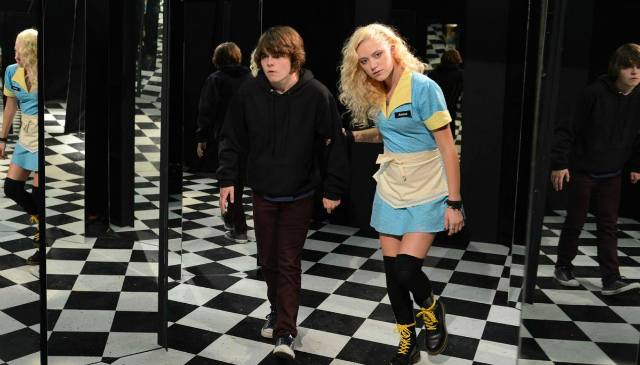 But anyway, I do recommend The Guest, but only if there’s nothing big at the top of your watchlist. It’s a bit of fun, and it’s something both guys and gals will enjoy.