I might have completely fallen off the movie wagon in the latter part of 2017, but I’ve been catching up as best as I can, and although there are still some big ones I’m yet to see, I’ve seen and enjoyed enough that I can put together a list of not just 10, but 15 movies I loved in 2017!

Please remember I always stick to UK release dates on this blog, so some inclusions here I realise were 2016 releases around the globe, and others have only just been released (Three Billboards for example) so won’t be on my list until next year.

I’ve tried to rank these as best as I can but I would probably change the order every single day depending on my mood! But without further ado, let me celebrate my favourite movies of 2017.

Weird and wonderful, and got me thinking for a long time afterwards. Not just about pie. Pie still makes me feel uneasy after this…

I love Christmas movies, and this is no exception. Plus I’m a bad Mom myself now too, so it’s totally relatable. I didn’t get to sit on Santa’s lap this year though.

Took me completely by surprise! Loved every minute of this story about Billie Jean King, I don’t think I’ll ever not enjoy a movie with Emma Stone or Steve Carell.

Who knew a true story of such a powerful band of women could be amazingly entertaining at the same time! 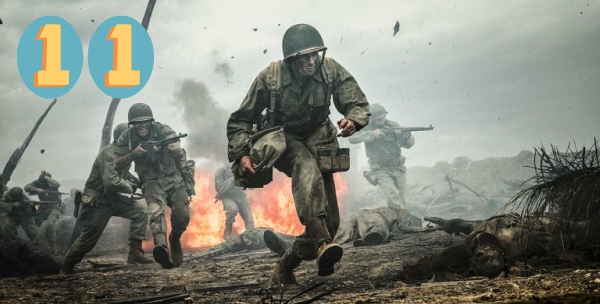 One of 2 war movies in this list – and I don’t like war movies! It made me laugh (thanks Vince Vaughn), cry and crap my pants. I still have nightmares about that green flare.

I haven’t loved any of the DCU movies until now. Wonder Woman kicks ass and brings some much needed humour too. Plus I now have a massive girl crush on Gal Gadot.

Although I was looking forward to seeing Lion, I didn’t expect the story to steal my heart in the way that it did. The ending is amazing, especially when you learn why the movie is called Lion in the first place!

2017 brought a few new things when it came to superhero movies, Logan being one of them! It was about time the grown ups got to see Wolverine being a badass. 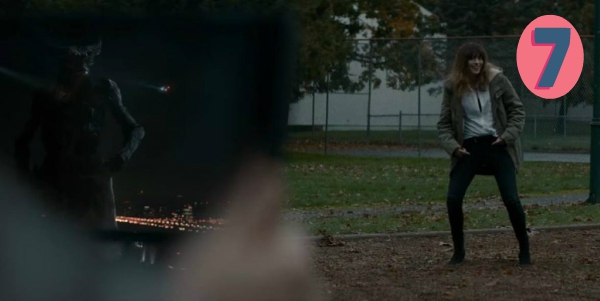 Colossal is such a cool movie that not enough people have even heard of, let alone watched. If Anne Hathaway controlling a giant monster unintentionally isn’t enough for you, I don’t know what is.

6. Beauty and the Beast

A remake of one of my favourite Disney movies, and although it wasn’t everyone’s cup of tea, I loved it. The casting in particular was spot on, and the inclusion of new/extra songs gave it a fresh feel.

Who knew that guy from The Fault in Our Stars could be such a cool, leading guy? Cool is the most accurate word I can use to describe Baby Driver. Side note – it was also the last time I went to the cinema whilst being hugely pregnant!

I think I’ve lost the right to say I don’t like war movies now I have 2 in this list. Whoops. What more can I say about Dunkirk? It’s an experience, and an experience everyone should witness. 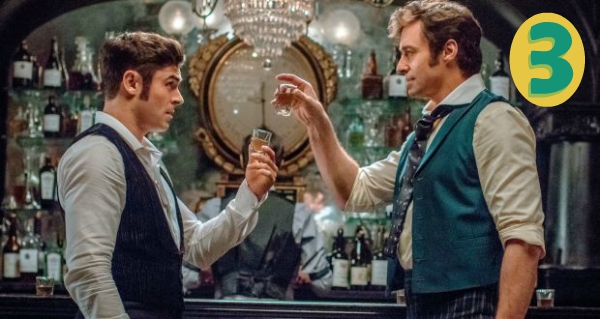 Oh you guys, I’m still riding the hype from seeing this movie. The soundtrack is my go-to for all my park walks with the pushchair. The more I go on about it the less and less my husband wants to see it with me when it comes out on DVD, boo! 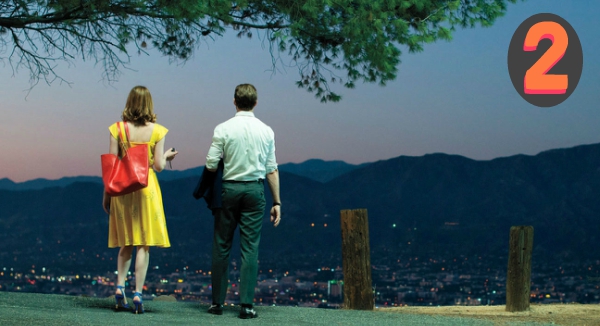 It’s hard to believe La La Land was actually a 2017 release in the UK, I must have seen it at least 5 times by now! One of the most beautiful movies I have ever seen, and it’s always a joy to see Emma Stone and Ryan Gosling together on screen.

I can’t help it. It was always going to by my number 1 spot. There’s no other movie I was looking forward to more, and no other movie that will get obsessively re-watched as The Last Jedi. The next 2 years are going to be a killer wait!

I’m predictable I know, but I could honestly have these in a completely different order by tomorrow so I have to call it somewhere. Next I’ll be working on my least favourite movies of 2017 which will most likely be a little shorter, as having less free time means I’ve been a little more picky about what I watch. It still hasn’t stopped me being massively let down a few times though!