As a movie blogger, I feel a certain sense of responsibility to promote the cinema and the joy of watching the latest releases on the big screen. However, sometimes life just gets in the way, money is running low, and hey presto, you’ve got a 6-month old baby who’s not going to make a great cinema companion, and you’re stuck at home with Netflix instead. It’s not all bad of course, but I do miss my weekly cinema trips a bit. My friends and family are more caught up than I am lately!

So with all that in mind, I thought it might be a nice time to look back at some of my favourite experiences at the cinema. Of course, all lists need to be neat and even, so I chose 10. In no particular order…

After finally realising just how amazing Star Wars is at the ripe age of 26, I was so excited to see The Force Awakens just before Christmas with my family. I steered clear of all social media for about 4 days I think, which is unsettlingly one of the hardest things I’ve ever done. The cinema we went to put on an amazing show as we took selfies with Stormtroopers as they escorted us to our screen!

My poor brother Rich has his birthday in the middle of January, and in the UK it’s such a rubbish month to actually do anything. You can’t have a BBQ, none of the theme parks have opened yet and the weather is guaranteed to ruin any trip out. For his (I think) 8th Birthday, myself, him, our Mum and a handful of his friends went to see Elf. Around 3 weeks after Christmas. Safe to say the screen was empty – but it’s the only time that’s ever happened to me! 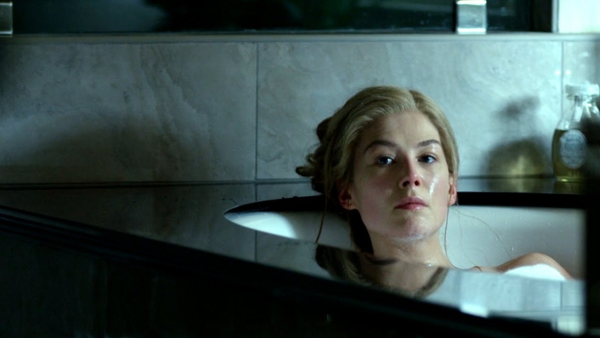 I think we saw this on the opening weekend, because the screen was packed, and I think packed with people who hadn’t read the book, just like us. The moment that plot twist hits is an amazing moment on its own, but the audible gasps of over 100 people at the same time was pretty awesome.

This feels so much longer than last year! But yes, our cinema put on a screening of the last episode of Season 4. We even got some bonus footage beforehand which was pretty cool. This is memorable though because of my Mum bringing in a tiny bottle of Prosecco along with a plastic champagne flute, which she promptly dropped on the floor with a clang during a very quiet moment. Oh, Mum.

You know, I’ve only ever seen Avatar once. I feel like the world raved about it when it first came out, but 9 years later everyone kind of hates it. I should watch it again really to decide for myself! But anyway, Avatar was my first IMAX experience, and if you know me at all you’ll know how much I love IMAX!

Bet you didn’t expect to see this is any ‘Favourite’ list did you? Spy Kids 3 was the first time I took my brother Rich to the cinema without any parental supervision! We had such a funny time and we still joke about it to this day. In case you’re wondering, Johnny English (2003) was our second visit.

Spy Kids and Twilight in a list together? Only here! Yes, I saw every Twilight movie at the cinema. Not only that, but all of them were midnight screenings too. With my Mum! I’m so rock and roll aren’t I? If you’ve ever done a midnight screening though you’ll know what I mean. There’s just something a bit special about not getting into bed till 3am and going to work the next day tired…but without a hangover.

Here’s another movie I’ve only seen once. For a different reason this time though. Marley & Me made me cry like no movie has ever before. I didn’t even like dogs at that time either, so goodness knows what it would do to me now. This trip will always be memorable for the moment during the credits when the lights came on, and every person in that room tried to hide the fact they were sobbing their heart out. 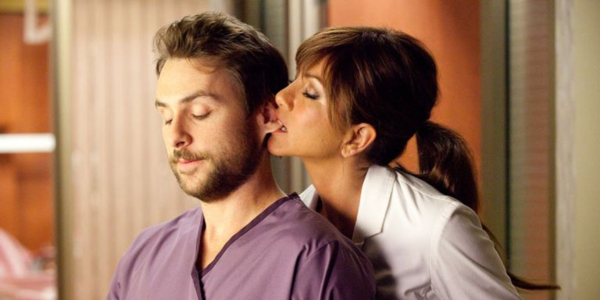 I can’t talk enough about Horrible Bosses. It’s my favourite modern comedy ever, and I don’t think I could really explain why. It just tickles me. Anyway! When we saw this it was opening night in a full screen. Seeing a comedy in the cinema is always special because no-one feels weird about laughing out loud. We all also collectively pooped ourselves when that cat jumped out of nowhere!

This is making me laugh the more I think about it. Sweeney Todd is the first movie my husband and I saw together when we were just boyfriend and girlfriend. In fact, we might even have just been friends at the time. Actually – we might have even seen it on Valentine’s Day! Anyway – what I find so funny about it is that both of us hate horror movies. I don’t mind them as much now of course but at the time – why did we see this? I need to ask him…

That’s enough from me for one day but I’d really like to know…what’s your favourite cinema experience?

20 thoughts on “My 10 Favourite Cinema Experiences”