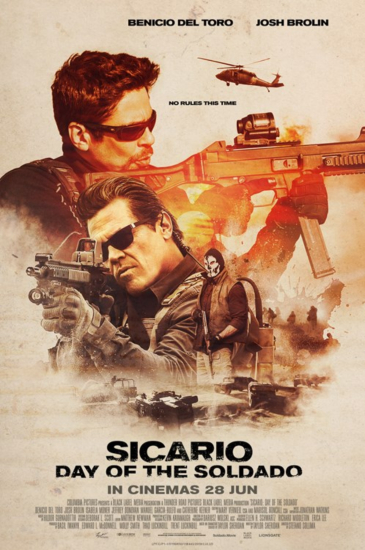 Plot: The war on the US – Mexico border continues to escalate as the cartels have now begun trafficking terrorists across the border. Matt Graver teams up once again with Alejandro with a plan to start the cartels warring against each other, involving kidnapping the youngest child of the head of the biggest and most powerful cartel.

My Thoughts: I was late to the game when Sicario (2015) came out, but it was well worth catching up with – it’s one of the darkest movies I’ve seen with so much tension. I was expecting more of the same with the sequel, even though I still don’t feel like it needs one. Thankfully as a sequel, it’s a great movie, but still fell a bit short of the mark for me.

Firstly, I didn’t think I would see a more grim opening to a movie than the original Sicario, and now I have. This one is definitely darker, and grittier than the first, mainly due to the subject matter. It doesn’t hold back at all. There’s also a side story running parallel to the main mission about a young boy being recruited by the cartels that’s desperately sad, because I guess even though it’s a fictional movie, this stuff happens in the real world, too.

The only thing that I can complain about is the scale of it all. For me, it felt like the movie started with a huge, wide-spreading story, and as the time went on it ended up becoming more and more about a very small segment of the wider picture. 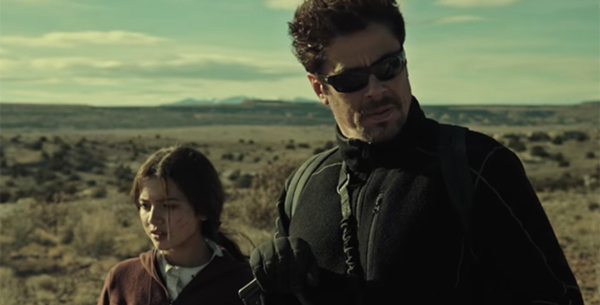 Best Bit: It’s a spoiler so I’ll type it really faintly and you can highlight if you want to read it! I was shocked when Alejandro was killed off but when you realise the bullet went straight through his cheeks…it was so gnarly but a really cool moment!

Worst Bit: That opening scene in the supermarket. The moment it dawned on me what I was about to watch. Each time made me jump out my seat and I genuinely felt sick for a while afterwards.

Fun Trivia: Emily Blunt was originally attached to reprise her role in Sicario as FBI Agent Kate Macer. However, director Stefano Sollima ultimately decided not to use Blunt or her character in the film, noting that Macer represented the moral compass in Sicario, whereas he did not want any character to serve as moral guidance in the sequel.

My Rating: 4 school buses out of 5, driving through the dead of night.