A very Happy Birthday to one of the most important men in my life…Dan Stevens! No, wait that’s not right…I mean my husband! Today he joins me in the final run-up to being 30…yikes! And yes, he loves to remind me that I am in fact older than him (by 2 whole months) and will be 30 before he is. He’s a funny one.

Let me clarify. It is both my husband’s and Dan Stevens’ birthday today…but they are 2 very different men! But as my husband hasn’t featured in a feature-length movie, this post is dedicated to my 5 favourite performances by Dan Stevens.

Still with me? Here we go…

Only Dan Stevens can get away with being an uppity annoying boyfriend with a posh accent and not make me hate him. On a side note, if you’ve never seen Colossal you really, really ought to. It’s one of the most original yet recent movies I’ve ever seen! By now I’m fairly sure I’m owed some money in royalties for the number of times I’ve tried to sell this movie. 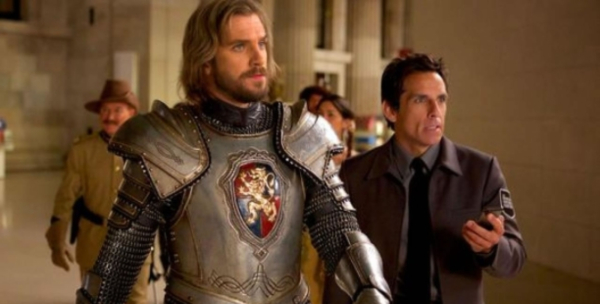 I ended up watching this whilst falling down a Dan Stevens shaped rabbit hole last year – which is something I need to fall deeper into because funnily enough, having a bay put a stop to that! Anyway, I have two words to sum up why I love his character so much in this movie…HUGE?! ACKMAN?!

This remake seemed to be received like marmite last year, but I loved every minute of it. I just think it’s quite incredible that through all the CGI, the Beast was still very much Dan Stevens, and if you ever have the (dis)pleasure of being on a car ride with me, you’ll be treated to my very loud rendition of Evermore!

So, several of my fellow bloggers urged me to see The Guest, in which Dan Stevens plays a psychotic mass murderer and raises the temperature in the room by more than a few degrees by wearing nothing but a bathroom towel. *cough* I mean, his performance was very well acted and…nope, I have nothing else more to say.

Even though it’s a TV Show rather than a movie, it would feel wrong for the #1 spot to not be the performance of Dan Stevens that made me think “oh, this guy is GOOD.” I really need to catch up and see Season 2 soon, because if it’s half as good as the first then it’s going to be amazing.

What would you include in your Top 5 Dan Stevens performances? What have I missed that I need to see?