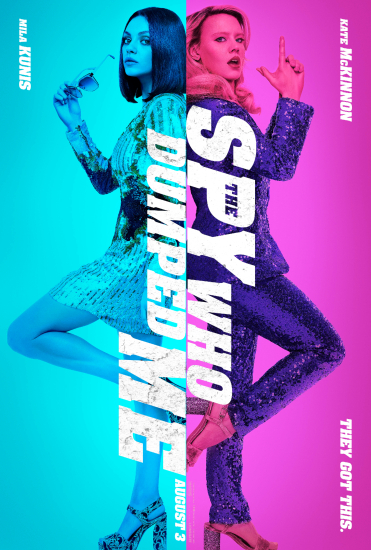 Plot: Best friends Audrey and Morgan find themselves in the middle of an international terrorist conspiracy when Audrey learns that her ex-boyfriend is, in fact, a spy.

My Thoughts: After watching the reboot of Ghostbusters I realised I would blindly follow Kate McKinnon into whatever movies she happened to star in afterward. That said, I didn’t need much convincing to see The Spy Who Dumped Me, it ticks all of my Comedy boxes!

It’s always a worry with Comedies when the trailer makes the movie look so darn funny. Is it a good sign of what’s to come, or is it a case that the only funny jokes have all been crammed into the trailer, leaving nothing good left to look forward to? I’d say this movie sits comfortably in the middle of those two scenarios. Kate McKinnon and Mila Kunis gel so well together, and I would love to see them in another comedy, but this one won’t be in anyone’s Top 10 of the year.

It had plenty of laugh out loud moments, but it’s at least 20 minutes too long, so the laughs are spread out between a heck of a lot of plot. The twists come at you almost as quickly as the jokes do, most of them obvious but it did leave me guessing a few times. I think if you’re looking for a Comedy with a spy theme you’re better off watching Spy (2015), but I do still recommend The Spy Who Dumped Me! 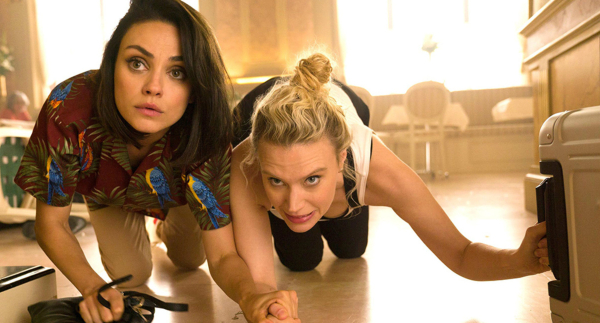 Best Bit: The scene with the Cab/Taxi/Uber driver Lukas. You know when you come out of the cinema after watching something like Mission: Impossible or Fast & Furious and you want to drive home like you’re in the movie? (Please don’t tell me I’m the only one who feels like this) Lukas gets to live out that fantasy!

Worst Bit: Towards the end at the big flashy event, the scene with the trapeze act fell a bit flat, I thought. It was just a little too silly, and seemed to go on forever!

My Rating: 3 out of 5 lipsticks from me. Don’t open them though…you might not like what you find inside. Don’t say I didn’t warn you!