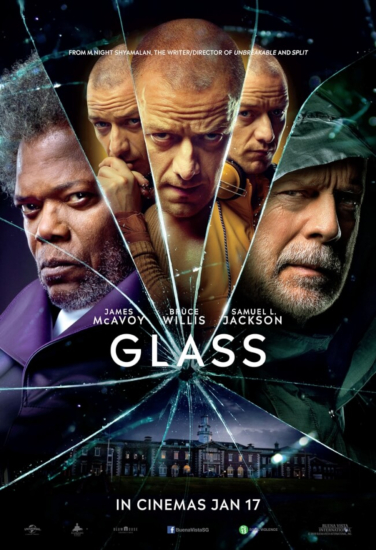 Plot: David Dunn, the security guard we all remember from Unbreakable (2000) is using his powers, with the help of his Son, to track down Kevin Wendell Crumb, as well as the rest of ‘The Horde’.

My Thoughts: So I really didn’t know much about Glass before heading out to see it. I’ve obviously seen Unbreakable (2000) and Split (2016) so I knew all about the characters, but I knew nothing about what Glass would actually be about. One thing for sure is, boy have I missed Bruce Willis on the big screen! I haven’t seen anything from him in a long time, and he’s always fun to watch.

I have to be careful how much I say about the plot because there are a few twists and turns that I don’t want to ruin. So keeping it brief, the introduction of Sarah Paulson’s character really shakes things up in terms of what we’re lead to believe…but there’s such strong evidence it’s really hard to fully get on board with this theory.

What was really neat thought was to find out more about our three main characters, especially David and Mr Glass, who we haven’t learned about in almost 20 years (20 years!!). The story of when Mr Glass was a child was particularly hard to watch, as heartbreaking as it was. 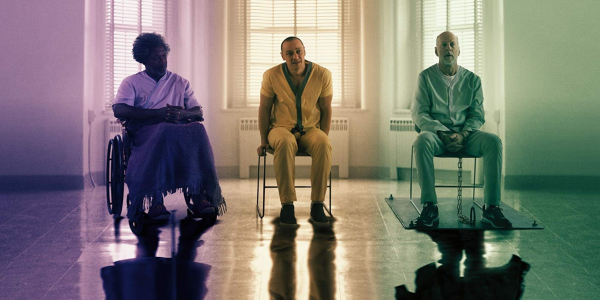 Best Bit: James McAvoy just absolutely shines in this role, or should that be in these roles. I thought the same thing when I watched Split, but I don’t think anyone else could play it/them anywhere near as well. The fact that you can tell which personality has ‘come to the light’ by McAvoy’s facial expressions alone is just fantastic.

Worst Bit: What an anti-climatic ending. The screen I was in was quite busy and everyone seemed to have the same ‘oh’ reaction. I’m not saying I could have written a better ending myself of course but still. Couldn’t we have just had Mark Wahlberg show up, tie the movies into the ‘The Happening’ events? Shyamalan Cinematic Universe anyone? After the amazing moment in the credits of finding out Split’s connections, I was really hoping for something else…

Fun Trivia: James McAvoy based one of his 23 multiple personalities on a young Saoirse Ronan. The pair had worked together on “Atonement”.

My Rating: 3 out of 5 clovers, reminding me of another funny opportunity. Was anyone else hoping Glass would suddenly reveal a connection to the Cloverfield Universe? Clearly, all I wanted from this movie was a dumb tie-in…