Happy November, everyone! The pumpkins have been sweeped away, and after Bonfire Night on the 5th I’ll be officially in Christmas mode! Is it too early to watch Love Actually? Anyway – I’ve been on hiatus for a couple of weeks while I attempt to get my personal life together. I can’t say that was hugely successful and Halloween was a bit of a disaster, but my little girl had a great night and got to eat cake right before bedtime so that’s all that counts!

I miss the blog though – and these coming months are the most exciting for a movie fan so I couldn’t keep myself away for any longer. I’ve been dabbling in TV this month, attempting to catch up on Mr. Robot (I’m almost done with Season 3), fully catching up on The Good Place (new episode tonight though, yay!), starting to watch Living with Yourself (not sure how to feel about it yet) and giving 13 Reasons Why Season 3 a chance to redeem itself (actually seems quite good so far).

Despite everything, I still caught 11 movies this month, which isn’t half bad. Here’s what I saw: 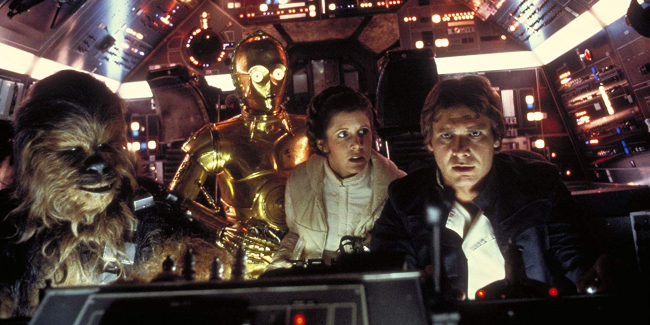 Okay, so this was actually my present for my Husband for his 30th Birthday. We went to the Arena in Birmingham where they showed The Empire Strikes Back, with a live concert on stage playing all the instrumentals. It’s something that wouldn’t have interested me at all a few years ago, but watching/listening to an orchestra play the Imperial March right in front of you? Literally breath-taking, and I’m so glad we went!

My brother told me to give this Netflix movie a go, but warned me not to watch the trailer beforehand, and I’m so glad I listened to him! The movie is a strange Sci-Fi/Detective crossover kind of movie, and it was interesting to put together the pieces. I worked out the twist mere seconds before it’s reveal but I think that’s how it was intended. It might not make anyone’s ‘Best of’ list but you can pick a lot worse from Netflix’s selection right now.

My local cinema offered a preview of The Day Shall Come last month, directed by Christopher Morris, better known for his comedy Four Lions starring Riz Ahmed as a terrorist. I ended up missing the new movie but I still watched Four Lions. It’s dark humour at it’s finest for sure – one of those movies where you find yourself feeling guilty as hell for lying. I’ll tell you one thing though, Riz Ahmed is brilliant. He’s played an entirely different role in every movie I’ve seen him in!

I’m going to try and do a full review of this at some point, if only because judging by the reviews I’ve read, I’m the only person out here who loved it. I love a twisty movie that allows you to think you’ve worked it out, only to pull the rug from under your feet. Fractured kept me guessing and changing my mind right up till the very last moment, and that final shot still makes me shudder just thinking about it. Don’t let the reviews put you off, and make your own mind up.

My Mum loved the first Maleficent and was dying to see the sequel at the cinema. In her words, her number one choice turned down her offer, so I was second best. Love you too, Mum! I didn’t get a chance to see the original before going to see Mistress of Evil but a quick narrator-provided recap told me everything I needed to know. Hey, maybe I needed the escape from reality that day but I really enjoyed it! The costumes, in particular, were stunning and I just got myself caught up in the fantasy of it all.

Based on the story of real-life legend Rudy May Moore, Eddie Murphy might just be winning some awards this year for Dolemite Is My Name. Rightly so, too. The movie was too slow for me to truly love it but I laughed a lot, and it’s got me on the hunt for the original Dolemite movie, too. Does anyone else find that they just can’t rid themselves of the image of Donkey from Shrek though? It’s a blessing and a curse!