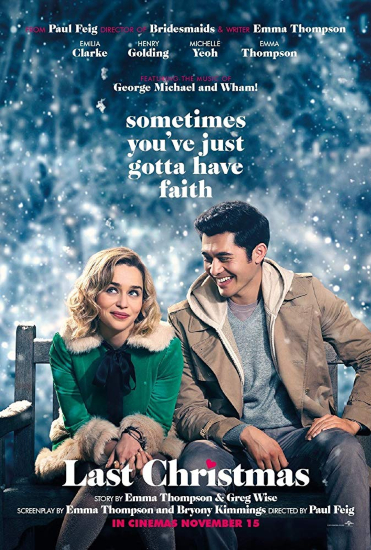 Plot: Kate’s life changed for the worse when she was seriously ill a couple of years ago. She sleeps on the couch of a friend’s house each night until they tire of her and kick her out, she refuses to speak to her mother, and her boss at the Christmas store she works at has all but given up on her. That is, until she meets Tom, whose optimism turns her life around.

My Thoughts: I’ve loved every Paul Feig movie I’ve seen, and Christmas is my favourite time of year, so I was so excited when the trailer for Last Christmas finally came out. Then I saw on Twitter a lot of tweets about the trailer giving too much away and I kind of steered clear just in case. I mean, the main character suffered a huge trauma and the movie itself is called ‘Last’ Christmas so I knew it would be a weepy one, but I didn’t want to find out the entire plot via Twitter.

That said, I’m marking the rest of this post as SPOILER TERRITORY. Go and watch the movie first, unless you’ve already seen Twitter or Reddit, because I looked just, and sure enough, the internet worked out what happened. You clever lot, you. Anyway, I adored this movie. Emilia Clarke is a national treasure. She can say more with her eyebrows than with words, I’m telling you! And Henry Golding? Swoon. I knew something was off straight away, though. You’re telling me someone in 2019 doesn’t have a phone? To be honest, I just assumed he was a figment of Emilia’s imagination…some sort of Christmas spirit that turns up only when she needs him. I guess I wasn’t far off. 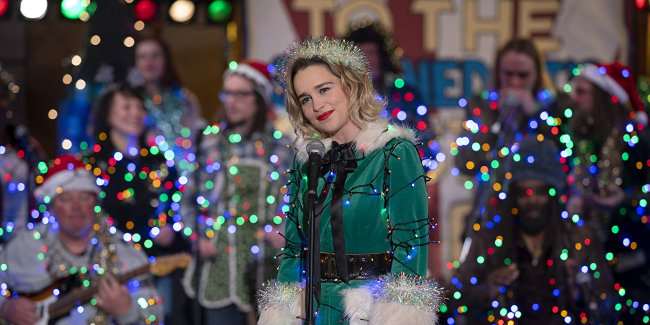 And then the twist. My bestie Steph was with me at the time. When Emilia went back to Henry’s place to find out no one had lived there for ages? Steph worked it out just like that and told me…and then cue the uncontrollable sobbing. We were literally sat there crying and wiping our eyes in sync…we were a right mess! After that, it felt like it should have all been so obvious…garden and bench included but…ugh.

Best Bit: Just when I thought I would never smile again, it was Christmas Day, and Emma Thompson made a comment about lesbian pudding. Can we please protect Emma Thompson at all costs? She is legendary in whatever role she’s playing!

Worst Bit: I come to the cinema to forget how terrible the world is, our little island in particular. Did you HAVE to stick Brexit into this?!

Fun Trivia: Paul Feig was originally not interested in doing another Holiday-comedy, after his previous entry, Unaccompanied Minors (2006), was a critical and commercial failure. However, after reading the script, personally sent to him by Emma Thompson, he was convinced.

My Rating: 4 out of 5 ugly tree decorations that Santa would proudly display in her store!