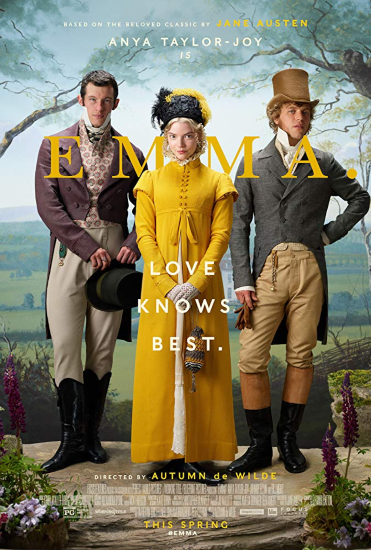 Plot: Based on the 1800’s novel by Jane Austin, Emma Woodhouse is a young, independent and wealthy woman with a passion for matchmaking.

My Thoughts: What happens when you have an ODEON Limitless card, a period-drama loving bestie and a free Sunday evening? You end up at the cinema, watching Emma. I don’t know how much longer I can hold onto my ‘I don’t like period dramas’ membership card, but I’m coming very close to losing it by now, I reckon. I just get driven mad by the insane way these characters talk, and nothing much ever seems to happen apart from tea-drinking, gossiping and dancing at balls. But I have to admit, I did enjoy this one.

For a start, the cast is just too good. I’ve missed Anya Taylor-Joy, and she’s perfect in this role. Viewers over the sea won’t know who Miranda Hart is and I worry her humour won’t translate well, but she is a NATIONAL TREASURE in the UK and she’s a delight in this movie. Fans of Netflix’s Sex Education will be pleased too as Tanya Reynolds has a fairly big part and although he isn’t credited, I swear Connor Swindells is there, too.

But anyway, I did enjoy this. It’s full of silly little moments and I found myself laughing more than I thought I would. The characters are tough to keep track of at first but I warmed to most of them instantly. Emma is a tough character to portray I guess because at face value, she’s quite unlikeable. She makes terrible choices and comes across as quite stuck up. In fact, Jane Austen herself described the character as “a heroine whom no-one but myself will much like”. By the end of the movie, she does definitely redeem herself, though. 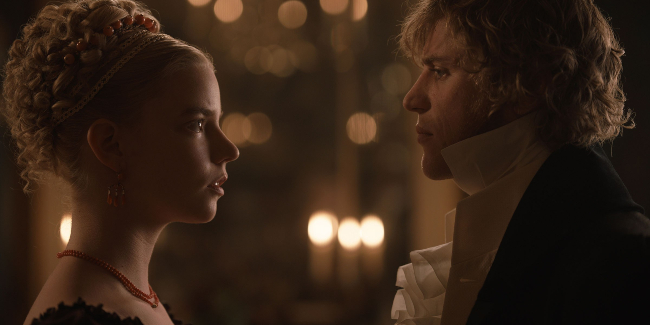 Am I at risk of being converted into a period drama fan? Probably not. But will I be going to the cinema with the bestie for the next Austen-type movie that comes out? Absolutely. She brings me wine, after all.

Best Bit: The entire movie is a feast for the eyes, but oh, the cakes! I would quite happily walk around in ridiculous dresses for the chance to feast on some of those gorgeous looking macarons. I also laughed every time we got to see that one fed up Dad. Poor guy is regretting many of his life choices, I’m sure.

Worst Bit: You guys, Emma made my precious Miranda CRY. We had a weirdly busy screen for a Sunday night whilst the storm was raging outside, and I have never heard such an audible gasp at the offending line Emma said.

My Rating: 3 and a half tarts out of 5. Put on your poshest, British voice and repeat after me, “You MUST sample the tart!”