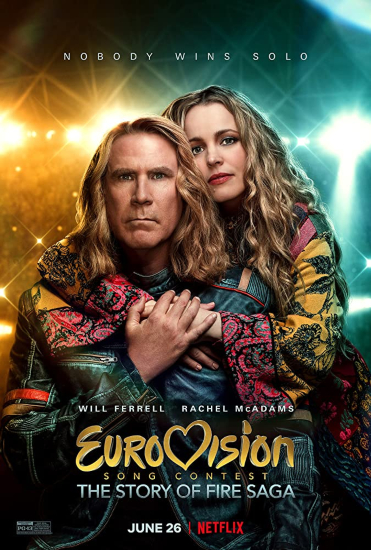 Plot: Lifelong friends Lars and Sigrit have forever dreamed of performing at the Eurovision Song Contest and representing their home country, Iceland. When the team responsible pick their 12th entry at random, Fire Saga is chosen to take part and Lars and Sigrit are given the chance to make their dreams come true.

My Thoughts: I’m not ashamed to say I was really looking forward to the release of this movie. Will Ferrell is hit and miss for me, but mostly a hit, and whilst I wouldn’t call myself one of the biggest Eurovision fans, I love the cheese of it all and the catchy tunes, so that’s what I was hoping for.  This is a movie most will scoff at, but I found it a clever mix of pure comedy and feel good, follow your dreams and it paid off. It opens with a fantastically funny musical number and then takes a while to find it’s feet, but after the first half-hour I was sold.

That may, of course, be thanks to the character Dan Stevens plays. I haven’t been following movie news or watching trailers during these last couple of months so I kind of went in blind but when he showed up, I actually did a little scream. You can ask my husband. The spend the next 90 minutes rolling his eyes at me. This is Dan Stevens’ best role since The Guest (2014). I mean it. He’s arguably the best part of the whole movie.

If you enjoy the kind of comedy that comes with Will Ferrell, and if you like music-orientated movies like Pitch Perfect (2012), then you’re going to find a lot to love here. It was kind of ironic that we got this movie in a year when we didn’t get an actual Eurovision, but that’s just another thing to look forward to in 2021. Oh, and the UK still got 0 points. Cheers for that painful reminder! 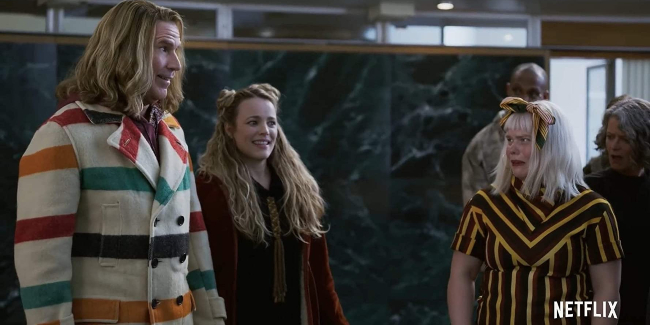 Best Bit: I know they were written to be a bit daft but…I just love the songs in this! They’re all on Spotify thankfully, I can’t wait to sing them badly and loudly in the car on the way to work when I finally go back. But the best moment could have possibly been when those 4 dancers tore Dan Stevens’ shirt off of his body mid-song. You guys…they got PAID to make Dan Stevens shirtless. I’m in the wrong job for sure…

Worst Bit: With ABBA songs playing and Pierce Brosnan on screen doing a terrible accent, I got Mama Mia flashbacks. And what’s worse? I remembered how much I enjoyed the Mama Mia sequel.

Fun Trivia: Will Ferrell’s interest in the Eurovision Song Contest began when his Swedish wife Viveca Paulin took him to her cousin’s house in May 1999 and the family turned the competition on. Since then, he kept following it. In 2014, Ferrell travelled to Copenhagen, Denmark to watch the final.

My Rating: 4 out of 5 stunning, well-endowed Greek statues which Dan Stevens’ character claims to have no idea that they look identical to him.