Can you believe we’re halfway through the shitstorm that is 2020? I like to do a little mid-year best and worst post but for a while, I thought it wasn’t going to be possible. Thanks to plenty of cinema visits before lockdown and the joys of Netflix, I can confidently say I’ve seen enough movies to give you a list of the 5 Best and 5 Worst movies of 2020 so far. With Mulan and Tenet pushed back AGAIN, who knows when the next big release will be?

I watched Hamilton (2020) on Disney+ between choosing which movies would feature in this list and actually sitting down to write it, so it’s excluded for now. I guess there’s an argument to be made that it isn’t a movie, but that’s an argument for another day. 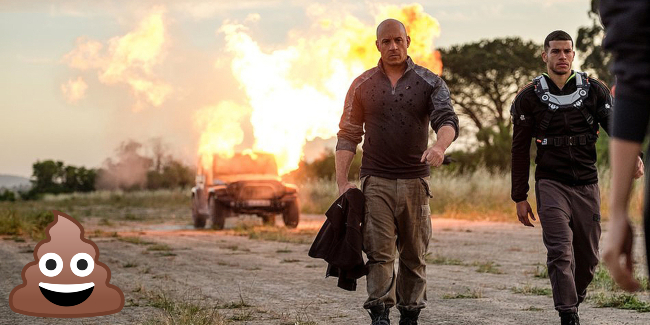 I doubt I would have even watched this if it weren’t for lockdown. Vin Diesel isn’t my cup of tea and the movie trailer didn’t excite me. The actual movie itself wasn’t bad, just painfully average in every way. It would have been a solid 6 or 7 out of 10 if it came about 10 years ago, but action movies like this have moved on. 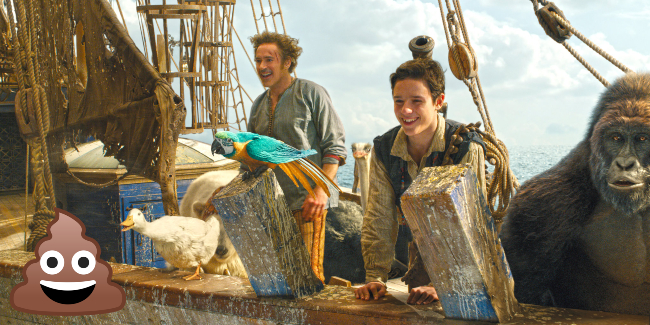 Since writing my full review of Dolittle I have learned that Robert Downey Jr was meant to be doing a Welsh accent. Oh. Wales is about an hour drive away from me, and my boss is Welsh. I really should have been able to detect that accent. Yikes. 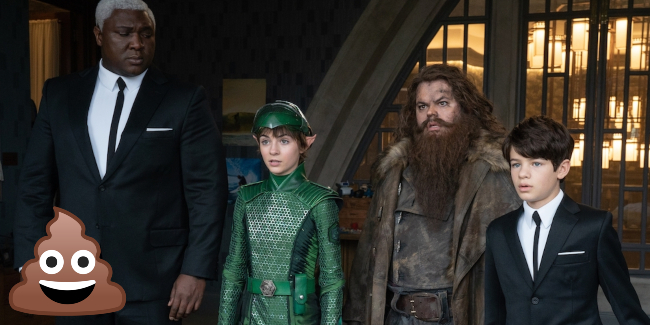 Artemis Fowl is on par with Dolittle for the most WTF moment in a children’s movie. Dolittle had a grown man pulling objects out of a dragon’s butt, Artemis Fowl had Josh Gad widen his jaw enough to burrow using his mouth and fart out dirt. I don’t know what more to tell you, guys. 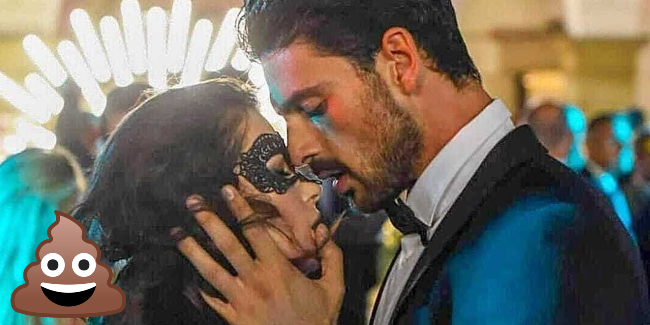 I haven’t mentioned it yet but yes, I watched 365 Days. It’s surely the most-watched movie on Netflix by now. I never thought I would see the day that I could say I would watch something with a worse story than Fifty Shades…but here we are. Those…naughty scenes were quite something though, weren’t they? 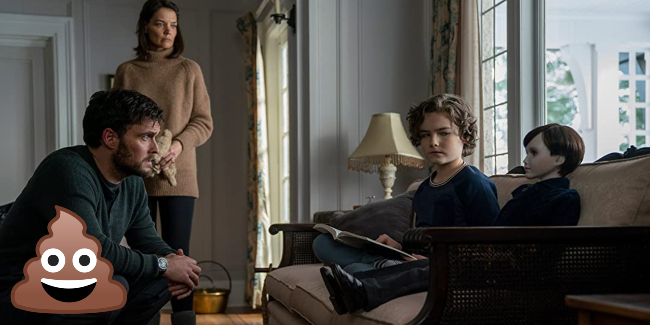 You know what? I’m still salty about this sequel. I kind of loved the original movie for thinking out of the box and I was optimistic about seeing more. The Boy II basically just pretends the first movie didn’t exist and was full to the brim of modern horror movie cliches. Brahms deserved better.

2020 hasn’t been a complete disaster (yet) in terms of movies however. I found no trouble picking 5 movies that I loved enough to award them the title of best so far, and I present them to you now. 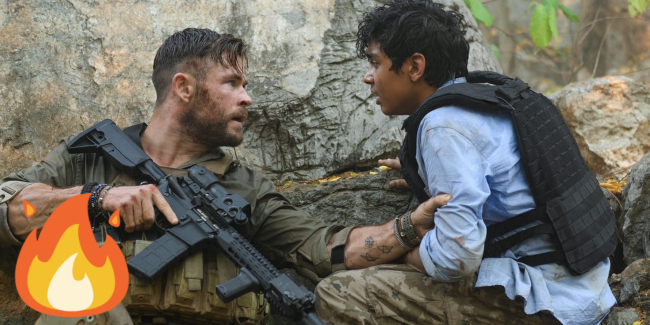 I’ll admit, by the end of the year Extraction will probably fall into the category of ‘good’, but for now, it most definitely ‘good’ enough to feature in this list. I was expecting an average, run of the mill action movie and a chance to drool over Chris Hemsworth for a couple of hours. Instead, I got a decent story, characters I cared about, and a huge action scene that wouldn’t have looked out of place in a John Wick movie. 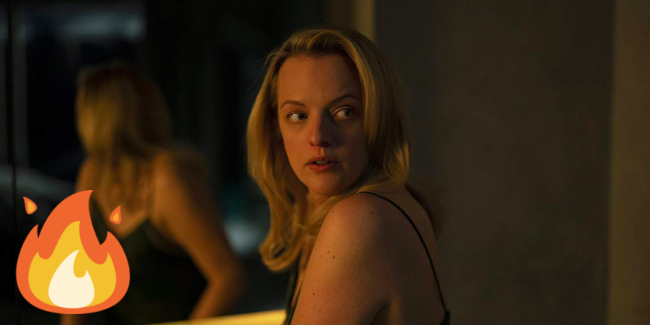 One of the last movies I got to see at the cinema before they all closed. This was such a good experience, watching it on the big screen with nowhere to hide when the tension got too high. I’m normally very quiet at the cinema but that restaurant scene? I gasped VERY loudly. 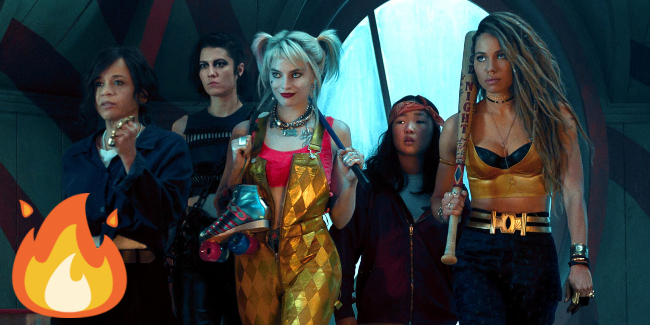 Warner Bros’ marketing department have a lot to answer for here. They failed to promote their own, promising movie and then tried to blame anyone but themselves when it flopped at the box office. Margot Robbie fits this role perfectly, and it’s full of fun, colourful action scenes from the very beginning. I’ve watched it 3 times now and it’s a blast every time. 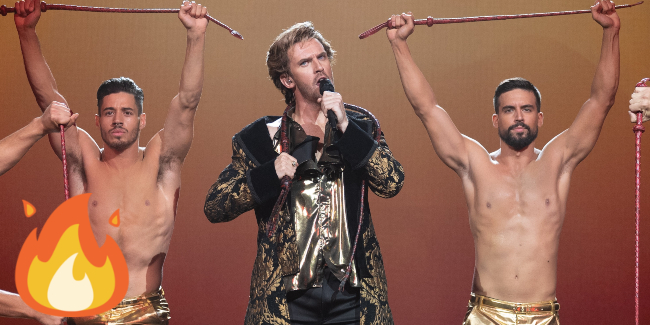 Jaja…DING DONG. I’m not sorry for ranking Eurovision so high. It was a solid 8/10 when I watched it and I love it even more almost 2 weeks after watching it. It’s everything I need it to be. It’s funny, it has a touching story, it has songs way catchier than Frozen 2 (I mean it) and did I mention that 4 men ripped Dan Stevens’ shirt off? I love it. 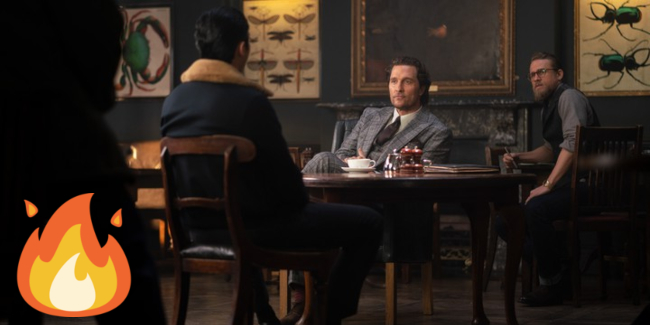 This was the first movie I saw at the cinema in 2020 and when I came out, I had to sleep on my feelings. It felt like a solid 10/10, but could I really give the first movie of the year full marks? Turns out yes. Yes I can. The Gentlemen is brilliant. Hugh Grant is disgustingly phenomenal in his role, and not only did Matthew McConnaughey not get on my nerves like he always does…I really loved his character and what he stood for. It was so much fun, and it’s going to take a lot to knock this off the top spot at the end of the year.