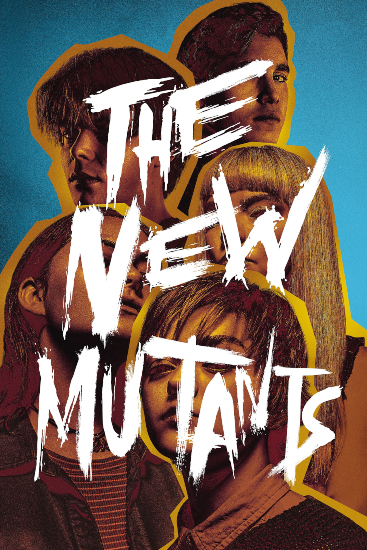 Plot: After something mysterious winds up destroying her home, Danielle (Blu Hunt) finds herself in a secret facility with 4 other teenagers, all ‘mutants’. In charge of the facility is Dr. Reyes (Alice Braga), tasked with helping the young mutants control their abilities to a point where they can move onto a new facility.

My Thoughts: Would you like to know how desperate I am for new movies and more cinema trips? I booked myself onto The New Mutants knowing nothing about it at all. It’s completely fallen under the radar in the UK, I’d never even seen a trailer. So I assumed it was to do with Marvel, but even now I’m not sure where it fits into the MCU or the other X-Men movies. I didn’t watch a trailer until about 2 hours before leaving my house, and started regretting my decision because it looked a bit scary!

Well, I can only say the trailer was very well edited, because it wasn’t scary like I assumed. It’s quite creepy in places, but never feels threatening so I slept soundly. I won’t keep you waiting, I feel very ‘meh’ about this movie. What’s with the kids’ powers? One bursts into flames, is that not an existing X-Men power? Another is basically a wolf. One can…move really quickly. Then there’s Anya Taylor-Joy’s character Illyana, arguably the coolest character of the bunch, who carries around a dragon puppet and has the power to turn her arm into an armored sword and open up a portal to limbo. Danielle’s power remains a mystery until the climax of the movie so I shan’t spoil that for you. All in all though, a mixed and strange bag of powers.

Then there’s the plot. What was the point of it all? Is this an origin story? Where does this movie actually fit in to the wider MCU? Or does it not at all? Maybe it’s a stand-alone movie. It wasn’t a dull watch, it wasn’t boring, but none of it seemed to serve any kind of purpose. Don’t even get me started on the dialogue…that’s a mess that needs it’s own post to rant about!

Best Bit: It wasn’t all bad, I’m still glad I went. But like I mentioned, Anya Taylor-Joy’s character is the star of this story, unintentionally. When we get to see what her greatest fear is, and the way it’s manifested itself in her mind, it’s a cracking bit of story telling and could have been so much darker and scarier than it was.

Worst Bit: Look, The New Mutants. I’m super happy that you gave us a lesbian romance on the big screen. It’s awesome, it’s wholesome and I’m all for it. But it’s obvious when those characters first meet that there’s chemistry. Did we really need a scene with one of them watching a lesbian kiss on the TV just to try and tell us this? We’re not as stupid as we look!

My Rating: Two and half DEMON BEARS. If you know, you know.