Pretty sure I blinked and then Halloween happened! Where did this month go? I’d planned lots of spooky movies to watch and basically got around to watching…virtually none of them. It’s the thought that counts, right? As of Thursday this week the UK is going back into lockdown which obviously means the cinemas are closing again, so maybe I’ll catch up on some horrors after all. Or…I could make a head start on Christmas. Decisions, decisions!

Anyway, as I usually like to do at the start of the month, here’s a little rundown of everything I’ve watched during the previous month, as I never get round to writing a full post for everything I see:

There was so much I loved about this Netflix movie, the cast alone was the main selling point for me. I didn’t realise that it was based on a play though (I’m uncultured) and if like me, you aren’t used to the theater, it’s a bit of a tough watch as it’s so dialogue heavy. Still a great watch, though.

My local cinema made a great attempt at showing some older movies to fill their screens and although I’d only watched the first movie in the Saw series, I’d seen enough to still enjoy Jigsaw. As much as one can enjoy a movie about people being tortured in creative ways, that is! 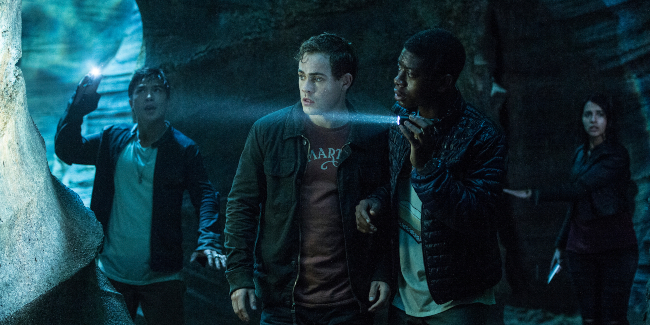 Following Stranger Things and The Broken Hearts Gallery (2020), the bestie has a huge crush on Dacre Montgomery, whose name we now know we’ve been pronouncing terribly wrong for a while now. Naturally, I hunted down another of his movies for us to watch and landed upon Power Rangers. It was alright, wasn’t great, wasn’t terrible. I heard fans of the old show were pleased though so that’s always good.

What an absolute classic. I was over the moon to be able to see this in the cinema again. I’m not ashamed to admit that I cried pretty much throughout the entire thing. It’s a movie that makes me emotional anyway but some scenes hit harder than others as time goes on. For example, the opening scene of families being reunited and hugging each other. That’s hard to watch in 2020 without getting at least a little teary. 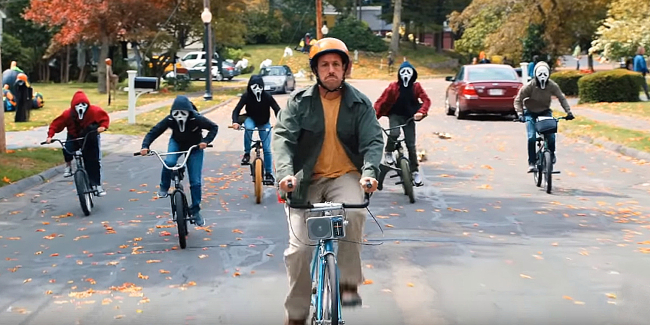 I had such a busy week when I watched Hubie Halloween that I didn’t write anything about it and I’m gutted because I actually quite enjoyed this Adam Sandler movie! I find him quite hit and miss but this was just the right level of silly for me. My favourite bit was the running joke of Hubie’s Mum’s t-shirts with wild slogans.

American Murder: The Family Next Door (2020)

I didn’t write anything about this one because I felt physically sick after watching it. I don’t watch many true crime shows but this one is fantastically made with all real footage. 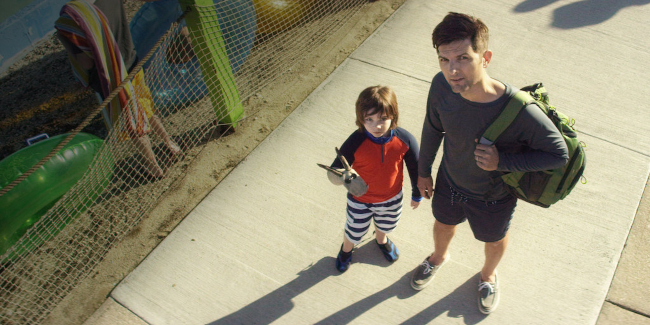 How did I not catch Little Evil during my short lived Adam Scott obsession? It’s a silly little movie about a stepson who may actually be the devil. It’s nothing deep but it got a few laughs out of me.

This was a Halloween-y re-watch but a first watch for my husband who hates horror movies (sorry, love). I think he dealt with it fairly well up until the last 10-15 minutes which he made me forward wind slowly whilst explaining to him what was happening! 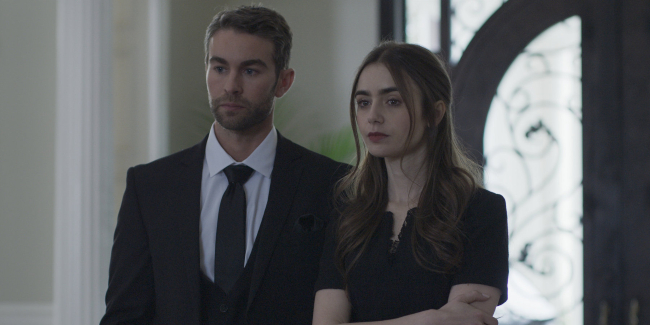 Inheritance seemed to just crop up out of nowhere one day on Netflix. A mysterious tale following the death in a family is a story right up my street and it was pretty great up until the inevitable twist, and then it all got a bit silly. Still worth it for Simon Pegg though, I do have a soft spot for him.

Everyone’s reviews for this are wildly different which is always interesting. I for one have never seen the original and know nothing about it, so I can’t compare. I found it dreadfully dull, though. Armie Hammer has been in some real duds just lately.

Don’t you just love it when a movie surprises you? Love and Monsters feels like a cross between Zombieland (2009) and Bird Box (2018) but for a slightly younger audience. The CGI is decent for such a small movie and Dylan O’Brien is just adorable.

This is based on a real-life story about a young couple who fall in love and find out that one of them is dying. It feels mean to judge a movie like this but as much as I enjoyed it, the first half irritated me just because everything felt ‘too happy’ if that makes sense. Harry Shum Jr is a good actor but Jessica Rothe constantly steals the show – she’s incredible and I hope she lands an Oscar-worthy role soon because she can handle it for sure. 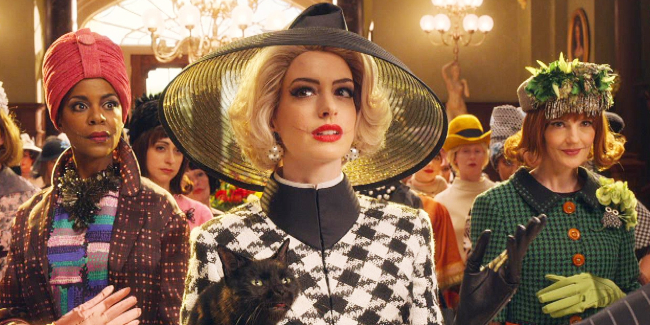 If the internet is banging on about how terrible a movie is then that’s all I need to want to see it myself. Someone was trying to decide what 2020 release was worse between this, Dolittle and Artemis Fowl. Well now I’ve seen all 3 so I can weigh in on the subject. The Witches wasn’t all that bad in my opinion, just not incredibly exciting. It has a truly horrible ending but in the movie’s defense, that’s how the book ended too!

I watched this with my parents and littlest brother just before Halloween – we all love movies and we needed something not overly scary because my poor Mum gets terrified. It’s still one of my favourite horrors and I think my Mum did okay with it too until their Uber arrived and my husband called out, “Jen do you see that man up the road there?” He’s so mean!

I also watched the new Netflix release Holidate (2020) but I want to try and do a proper post for that one. In case you missed any of my full reviews this month here they are: