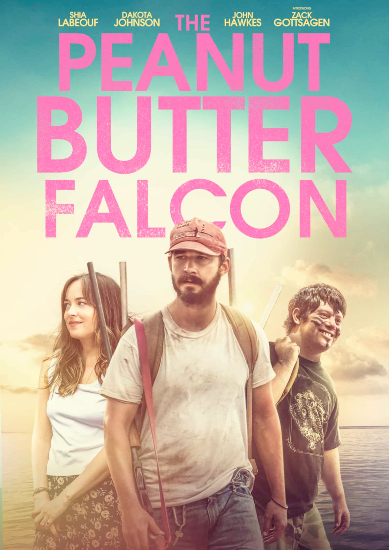 Well, it’s a good job we had to skip a week of Film & Wine Club (more about that here if you don’t know what I’m talking about) because I’m so behind on writing! My Mum had social plans, how dare she, right?! Me and Dad reckon she made plans on purpose because the next movie choice just happened to be one of his! For context, the last time my Dad was allowed to pick a movie was his birthday around 3 years ago when he made us all watch the full-length version of Lawrence of Arabia. Obviously, a classic movie, but with the amount of pause breaks my family have it took us around 5 hours (perhaps a slight exaggeration!).

Anyway, the third pick was another of mine, The Peanut Butter Falcon! A re-watch for me of course so I won’t do a full review of it but it certainly made me realise something. Put on the spot to pick 3 great movies that I want to recommend, the first 2 were both movies containing an adventure in the wild with 2 characters who at first don’t like each other much, but become family by the end. Turns out I have a type without even knowing! My third film into the hat was Donnie Darko which I later realised I’d already convinced my family to see, I have a back-up in mind but I can’t tell you guys because my parents read here!

I adore The Peanut Butter Falcon, though. It’s a beautiful story about friendship, family, overcoming the impossible and living life to the full, following your dreams. Zak (Zachary Gottsagen) is a young guy with Down’s Syndrome, forced to live in a retirement home but desperate to escape to find the wrestling school ran by his hero. Whilst on the run he meets Tyler (Shia LaBeouf), who is also on the run after making some dangerous enemies. Tyler recently lost his brother and holds himself guilty, which ultimately leads him to helping Zak pursue his dream whilst also escaping his predicament.

I could put on my critic hat and talk about how great it is to see Down’s syndrome represented in such a positive light, something I’ve never seen in any other movie, and how phenomenal it was for Zachary Gottsagen to play that role, and I would be so right! But all I really need to say is how wholesome the movie is. I dare you to try and dislike it.

That watch was over 2 weeks ago so tomorrow I’ll fill in the gaps with another Film & Wine Club post, then I’ll be up to date! But after this we picked another film out of the hat and it turned out to be another of my Mum’s choices, Mr. & Mrs. Smith (2005), so stay tuned for my thoughts on that!