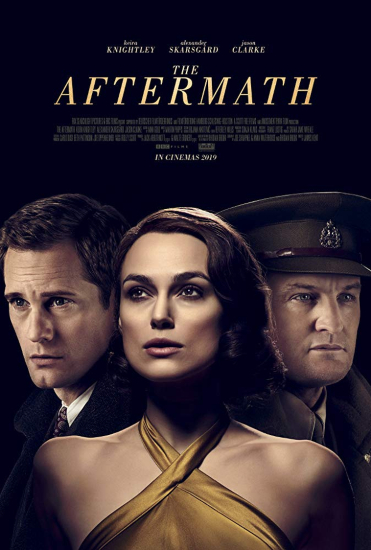 Plot: In the aftermath of World War II, British Colonel Lewis Morgan and his wife Rachael are assigned to live in Hamburg, in the house of German widower Stefan and his daughter. Rachael and Lewis’ relationship is strained enough already, but these current living conditions push old and new tensions to the surface.

My Thoughts: Are you even on a long haul flight if you don’t have a dodgy movie watching experience? Thanks to my cinema membership I’d seen most of the movies that the in-flight entertainment system had to offer, but I missed The Aftermath. I’m not a huge fan of period dramas but when you’re stuck thousands of feet in the air with a sleeping toddler across your lap, it’ll do. I should also mention I had no headphones so I watched the whole thing with subtitles only.

You know what, I actually really enjoyed it. I wasn’t bothered by the war setting, and goodness me was the plot predictable, but without sound you can really focus on the performances, and they were stellar. Perfect casting all round! I watched the last 20 minutes again back at home with sound because I fell asleep, so I got to experience the real cheesy lines twice. I mean, when you’re about to say the words to end a marriage, can you really be ballroom dancing at the same time?

Also, why is Alexander Skarsgard so dreamy? I’ve watched him twice recently, this time as a potential Nazi and last time as a complete dirtbag and yet…I don’t know. Guy knows what to rock a sweater vest, that’s for sure. 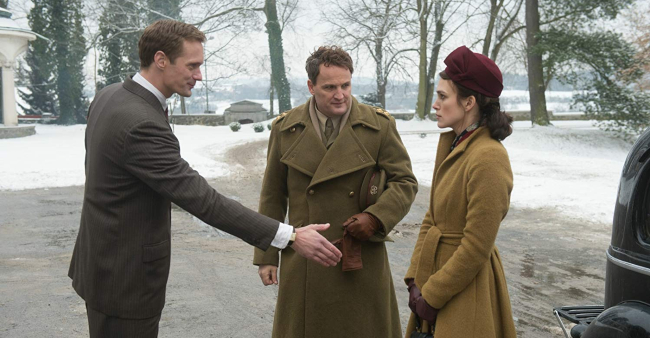 Best Bit: As if the romance blossoming between Rachael and Stefan couldn’t get any sweeter, they end up having a Beauty and the Beast style snowball fight. I was so ready for the teacups to start talking.

Worst Bit: I’m sure ‘back in my day’ they edited the crap out of movies before putting them on these flight entertainment systems. There’s nothing like being sat in the aisle seat close to the toilets on a full flight to find yourself confronted with one of the slowest sex scenes ever. The cringe is real!

Fun Trivia: Keira Knightly uses a body double for the nude scenes in the film.
Apologies, but this was literally the best bit of trivia that IMDB had to offer me…

My Rating: 3 and a half snowballs that I could totally use in a romantic snowball fight, but I’m too competitive and like to aim for the face.