Plot: Following on from the events of 2014’s Godzilla, crypto-zoological agency Monarch are left defending themselves against criticism from the government as well as a bigger threat in the form of the three-headed King Ghidorah.

My Thoughts: I knew I would regret not seeing this in the cinema. Not because it was a cinematic masterpiece, in fact, it was far from it, but the monster scenes are just so damn cool. Yes, they’re quite dark – although not nearly as dark as I expected after all the reviews, or maybe I was remembering that GoT episode where I could see naff all – but I’d rather that than be able to see too much CGI.

Where it falls flat however are the humans. I’m quite happy to have a story arc there, it’s needed to be honest otherwise the movie would be an assault on the senses, but I just didn’t care enough about any of the characters other than Madison, played by Millie Bobby Brown. Also, it could well be because I’m a big fan of hers because of Stranger Things, but I felt like she out-acted everyone else there without even trying. She’s too good for this movie.

At the end of the day though, I watched King of the Monsters because I wanted to see destruction and monsters, and I got plenty of that. I wasn’t bored at any point (although I did keep checking Twitter to see who won Love Island) and so really…my expectations were met! Am I crazily excited for the next Godzilla movie? Not really. Will I go and see it anyway? Absolutely – and I’m sure I’ll enjoy it. 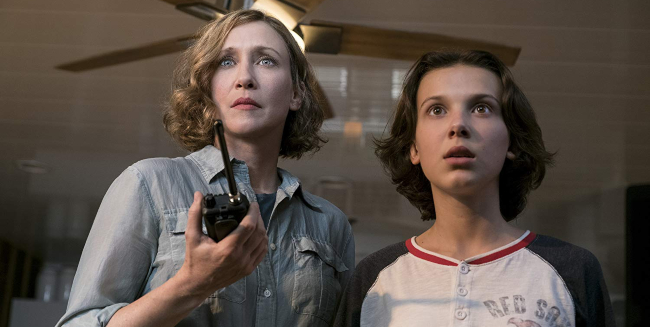 Best Bit: I’d heard that Mothra was a fan favourite but wow – isn’t she just stunning? In fact, all of the monsters are stunning. I also loved how in the credits, the monsters are listed with the other characters and are credited as playing themselves. That made me chuckle.

Worst Bit: Was I meant to laugh when that pilot ejected himself from his jet to avoid being eaten only to fly up into the monster’s jaws and get devoured? Because I did. That was hilarious. Also – anything that came out of Dr. Rick Stanton’s mouth made me cringe. What a gross character.

Fun Trivia: On the map showing the monarch sites for all the found titans, there is an area over Scotland as a nod towards the Loch Ness monster.

My Rating: 3 and a half moths fluttering around your bedroom at night. Just be glad they’re normal-sized… 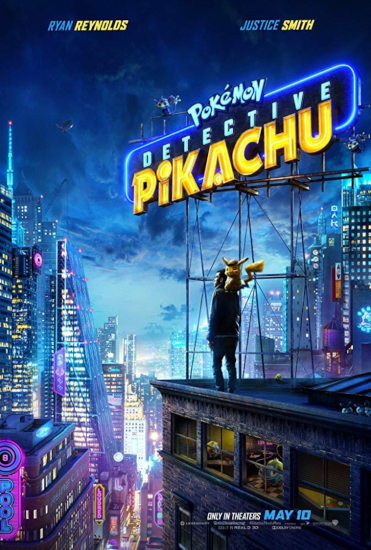 Plot: Tim’s father has passed away, and whilst going through his possessions at his apartment in Rhyme City, he discovers a talking Pikachu who claims to be a world class detective with amnesia. The two pair up to work out what happened to Pikachu.

My Thoughts: It finally happened! We got a good video game adaptation! Not only a good adaptation…a brilliant one! Who on earth would have thought it would be Detective Pikachu, when it was announced 2 years ago? Even as a huge Ryan Reynolds fan I scoffed at the idea. A real-life Pokemon movie is something the grown-up fans have been dreaming of for years, and it’s finally here.

I’ll admit, I think anyone watching this with little or no exposure to Pokemon beforehand will struggle to love it – but let’s face it, the movie isn’t for them. It’s for the kids who are playing it currently, and the adults who grew up with it. One of it’s greatest features is all the Pokemon included, in both bigger roles and brief cameos. In fact, half of the fun is spotting them all, especially in Rhyme City where Pokemon live as humans do. There’s a team of Squirtles helping our the fire department, a Jigglypuff singing someone to sleep in a bar, an anxious Psyduck prone to dangerous headaches…and so many more!

They’ve cleverly included Pokemon from all generations too, so there’s a Pokemon for everyone! There are loads of inside jokes that the fans will pick up instantly, and an awful lot of rather adult jokes that I hope fly over the kid’s heads!

The mystery involved isn’t anything complex, and there’s no Shyamalan-style twist, but it’s not entirely predictable, either. It gets a little messy towards the end too but that’s just me being picky because honestly, I loved every minute. I’m not sure the ending was open to a sequel, but I hope the movie does well enough for the powers that be to consider another Pokemon-related movie! I’ll be first in the queue for tickets.

Best Bit: Part of it was in the trailers, but the scene with Mr. Mime was brilliant. Him miming out his invisible wall was funny enough, especially when Tim ‘opens the door’ to get inside, but when Mr. Mime still wouldn’t answer their questions? Things got dark. Things got very dark, very fast! Our whole screen was doing this ‘did that actually just happen?’ kind of laugh!

Worst Bit: I mentioned before, the ending just gets a little bit messy, but what’s really cool is that it’s linked quite closely to the original Pokemon movie from 20 years ago.

Fun Trivia: The day before the film’s theatrical release, the entire movie was “leaked” onto YouTube. In reality, clicking this video will play a minute of the film, before cutting to a loop of Pikachu dancing for an hour and forty-five minutes.

My Rating: 4 and a half cups of freshly brewed coffee which Detective Pikachu is completely addicted to. He can stop at any time, though.