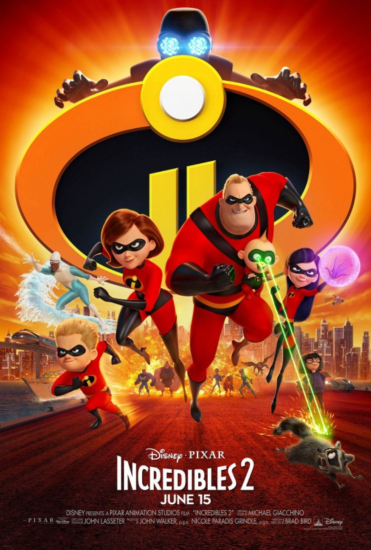 Plot: Elastigirl teams up with entrepreneur and superhero advocate Winston Deavor on a mission to make all ‘Supers’ legal again, whilst Mr Incredible stays at home with a mission of his own – looking after their three children.

My Thoughts: Boy am I glad that I caught up on the original Incredibles movie before seeing the sequel, because it literally picks up exactly where the original left off 14 years ago. It’s absolutely amazing comparing the same scene in both movies because you can see just how far animation technology has come in those years.

I’ll get straight to the point – I really loved it. Maybe it’s the soppy parent in me, but I enjoyed every second! Sure, you can smell the twist coming a mile away (it’s kind of the same as the original anyway) but I think we need to remember that kids are the main audience for this movie, and it’ll shock and surprise most of them.

I imagine I’m easily pleased but as great as all the superhero action was, it was the family moments that I enjoyed the most. It’s just those stereotypical moments that are absurd yet so true. I remember struggling with my homework and my Mum wasn’t any help at all because she couldn’t understand it herself! I remember those mornings as a teenager where I would decide that I hated everything and every one. Now, as a parent myself, I understand those moments where simply trying to keep a very mobile baby alive is exhausting! 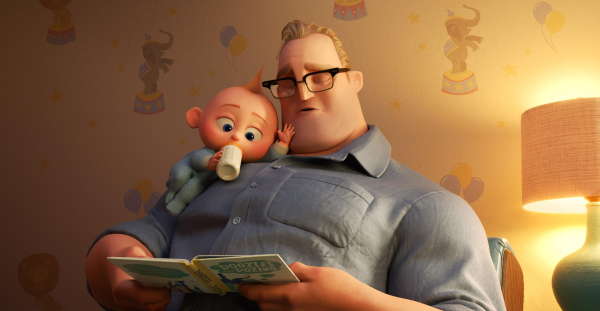 Best Bit: Jack Jack’s powers. In fact, any time Jack Jack was even on screen. He absolutely stole the scene throughout the entire movie!

Worst Bit: For the movie itself, it was probably just a tad too long. Also – how bizarre was the short beforehand, Bao? The moment where the Mum ate her dumpling child had our whole screen laugh in shocked confusion. Now I’ve looked it up I understand it, but it was one of the most confusing things I’ve seen!

Fun Trivia: A typo on the movie theatre marquis where Tony is dropped off towards the end of the movie reads “A113”, one of the most famous recurring Easter Eggs. Several Pixar producers and animators studied at California Institute of the Arts in classroom A113 and this number appears in every Pixar film.

My Rating: 4 and a half out of 5 cookie num nums, which you’ll need to keep handy…