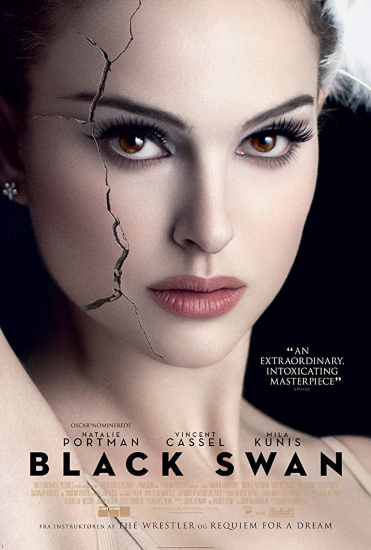 Plot: Nina is a young, talented ballerina who finds herself fighting for the position of the Swan Queen in her company’s latest production. She is pushed back initially for not being able to embody the Black Swan as well as the White Swan, but as she strives for perfection, her mental state suffers.

My Thoughts: My youngest brother is a huge fan of twisty movies like Inception, Shutter Island and Memento. Can you imagine my frustration when he refuses to watch Fight Club because “I don’t want to watch a movie about boxing”?! I think he’s avoiding it on purpose now, the argument has gone on for years. Anyway…I guess in a way I’m guilty of the same, I’ve avoided Black Swan because I’m not really a fan of ballet.

Yes, there is a lot of ballet in this movie. There is some incredible dancing, as well as some shots of the dancer’s injured feet that made me cringe – but it’s not surprising with how much time these talented people spend on their toes. Black Swan is so much more than this though, it’s the story of a beautiful, shy girl’s descent into madness, and it’s such a thrilling ride. I’ve seen criminally little of Natalie Portman’s work so I’m open to suggestions of where to turn next, and this is also the first serious role of Mila Kunis’ I’ve seen, she was brilliant too.

10 years later, I think I might be the only person who hasn’t seen this movie yet, but on the rare chance you haven’t, definitely add this to your watch list. It’s slow in places but the payoff is so worth it. Whilst you’re at it, help me convince my brother to watch Fight Club. When I tell him it isn’t about boxing, he says “what is it about then?” and looks less than impressed when I tell him the first rule of Fight Club. 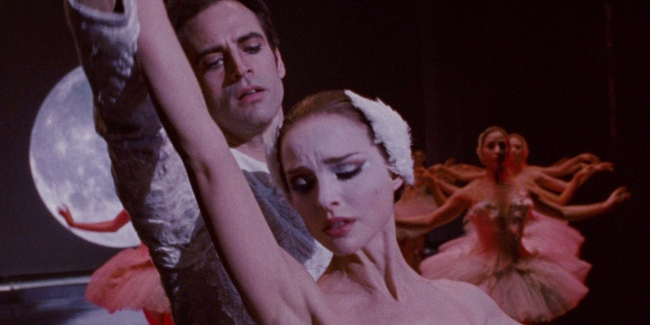 Best Bit: The ending was so wild. I won’t spoil anything of course but the last 10 minutes are adrenaline-fuelled and you find yourself needing to know if what you just saw was real. You do find out – and bam, what a final shot. Just stunning.

Worst Bit: It’s been 10 years and we don’t have a spin-off movie about what happened to Winona Ryder’s character? Come on Hollywood, sort it out!

Fun Trivia: Natalie Portman met her future husband, choreographer Benjamin Millepied, on the set of this film. Portman herself pointed out the irony that his character in the film scoffs when asked if he’d have sex with Nina, and joked that obviously, he was a good actor.

My Rating: 4 out of 5 of the comfiest-looking slipper boots that I just want to hand out to everyone in this movie.