Plot: Eddie Brock, a once-famed reporter loses everything after trying to reveal the truth behind the ethically immoral work of Dr. Carlton Drake. After acquiring the powers of a symbiote – Eddie has to work with Venom in order to make things right.

My Thoughts: I almost skipped seeing this movie, and that would have been a huge mistake! See, when Suicide Squad came out, the critics hated it, but audiences loved it (apparently?). The same happened with Batman V Superman. I wasn’t impressed with either, and so when Venom received the same verdict, I got put off. Thank you, Twitter though, because I left it to a vote and you guys did not disappoint!

I’m reasonably well-versed in comics and superheroes but knew nothing about Venom. I haven’t even seen Spider-Man 3 so I literally knew nothing, so as far as comic-accuracy is concerned, I can’t comment. I also refuse to check this with my husband after he mocked me for pronouncing symbiote wrong – he’s such a nerd.

Anyway – I had such a fun time at the cinema seeing this. Yes, it takes far too long to get going, yes, the plot has several issues and contradicts itself. But! The action is wild, the humor is thick and fast when it finally arrives, and it was memorable for all the right reasons, and I absolutely cannot wait to see it again! Can Tom Hardy please do more lighter roles like this, please?

The team responsible for putting the trailer together for Venom need firing. They chose a scene to showcase the humorous side of the movie which is right at the very end, and without getting to know Venom it came across so weird and awkward, but when you see the movie and you have the context – it works! Thankfully more and more movie fans seem to be ignoring the critics, so fingers crossed we’ll be getting a sequel.

Best Bit: It’s so hard to pick one because most of the Venom moments are hilarious. I think my personal favorite is Venom daring Eddie to jump out of the building, and then calling him a pussy for opting for the elevator instead. Also lobsters.

Worst Bit: The chicken. The eating of the chicken. I’ve dealt with enough sickness bugs over the last few weeks to stomach that scene. I’m genuinely feeling quite ill even thinking about it.

Fun Trivia: Tom Hardy’s son Louis Thomas Hardy is a fan of Venom, and Hardy took the role to please him: “I wanted to do something my son could watch. So I did something where I bite people’s heads off.” Louis also guided his father on how to appropriately portray Brock/Venom, since Hardy didn’t know the character very well. 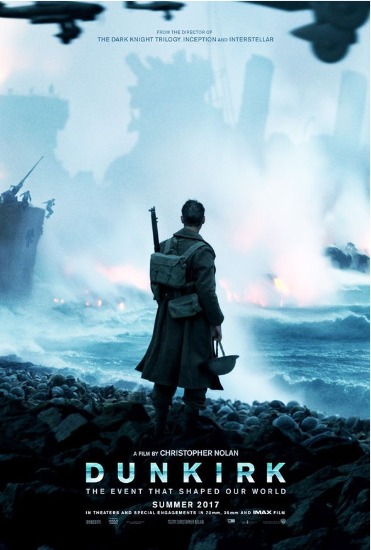 I feel as movie bloggers we always encourage everyone around us to go and see movies at the cinema, to experience them in the way they should be, but deep down there are plenty of movies just as great viewed on our TVs at home, it’s just the atmosphere of the cinema that we enjoy so much. Big, action movies are obviously always great on the big screen but if there is ever a movie I will regret not seeing at the cinema, actually, in IMAX, it’s Dunkirk (2017).

Does anyone else feel like they were waiting ages for Dunkirk to be released? I’m sure we got that teaser trailer at least a year before it was actually released. I don’t know why I didn’t trek out for it, especially with Christopher Nolan at the helm, but I’ve never had much of an interest in historical or war movies.

Even as someone completely ignorant to history (it was my least favourite subject at school), I knew the story of what happened at Dunkirk, so I’ll be brief in explaining what it’s all about. The movie essentially follows several heroes in the evacuation of the soldiers trapped on the beach of Dunkirk during World War II. 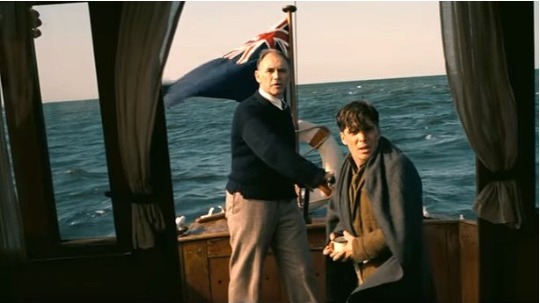 If you’ve seen the trailer, and felt the tension in those 2 minutes, that’s essentially what the entire movie is. 1 hour and 46 minutes of pure, white knuckled tension. In fact, I think there’s an argument to be made that Dunkirk isn’t a movie at all, it’s more of an experience. I felt drained after the credits rolled, and it wasn’t just baby-induced sleep deprivation, I swear.

Despite not getting and kind of backstory or development to any of the main characters, I really felt for every one of them, especially Tom Hardy and Cillian Murphy. I won’t talk spoilers here, but Cillian Murphy’s character winds up doing something awful, and yet I couldn’t feel anger towards him, and Tom Hardy’s character’s story was breathtaking and heartbreaking. Every story here is worth shouting about, but those are the two that stood out the most for me. 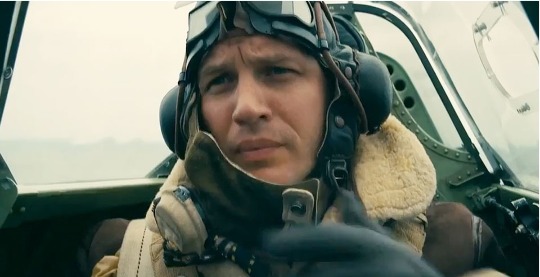 As someone who avidly avoids movies in this genre, I honestly can’t say a bad word about Dunkirk, and I’ll be watching it again as soon as possible. I know it’s one my husband would enjoy so it might even be as soon as this weekend, we’ll see. Can I start a petition for it to be re-released in the cinema so I can see it properly? I can only imagine the atmosphere as each screen emptied after each viewing.

Out of respect for the true story behind this movie it seems wrong to do my usual silly rating, so I’m keeping it simple today and giving Dunkirk a well deserved 5 out of 5 stars. Probably my favourite movie of 2017, and even though I have so many of last year’s releases to catch up on, I’m confident it will stay as my number 1 choice!